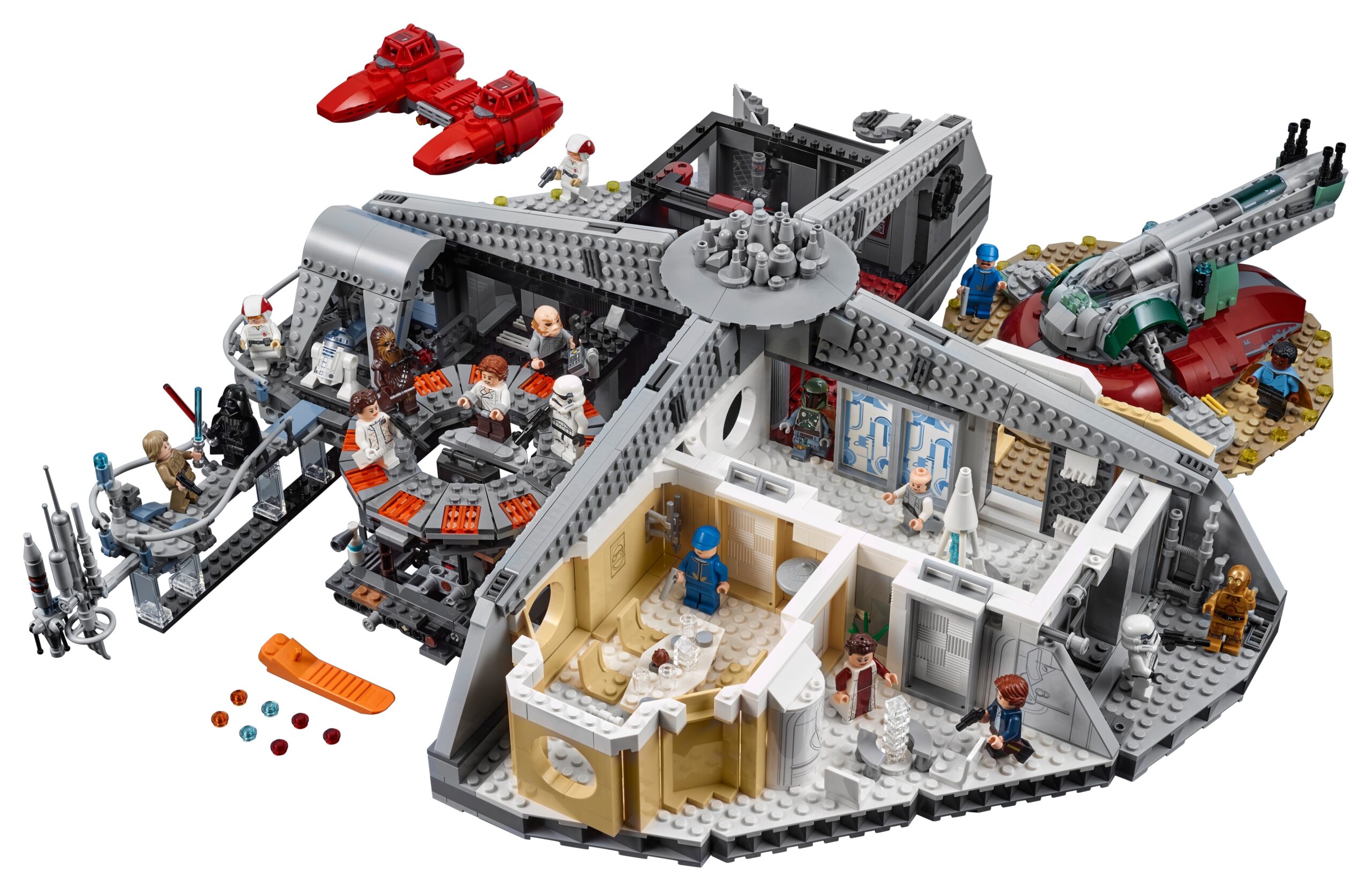 Relive a world of unforgettable moments from Star Wars: The Empire Strikes Back or add your own fun twists to the story with this LEGO® Star Wars 75222 Betrayal at Cloud City set. The amazingly detailed set is divided into 4 sections, each depicting scenes from the classic movie. There’s a landing platform complete with Boba Fett’s Slave I ship, a detailed promenade, a dining room with seating for 5 minifigures, a garbage processing room with incinerator, and a sensor balcony for epic Luke vs. Vader Lightsaber duels. There’s also a carbon freeze chamber with a function to ‘freeze’ Han in carbonite, an interrogation chamber and prison cell, a secondary landing platform for the Twin-Pod Cloud Car, and so much more. Add an astonishing 18 LEGO minifigures plus 2 droids to the mix, and you have a set that Star Wars and LEGO fans of any age would be proud to add to their collection.

Be the first to review “Betrayal at Cloud City” Cancel reply