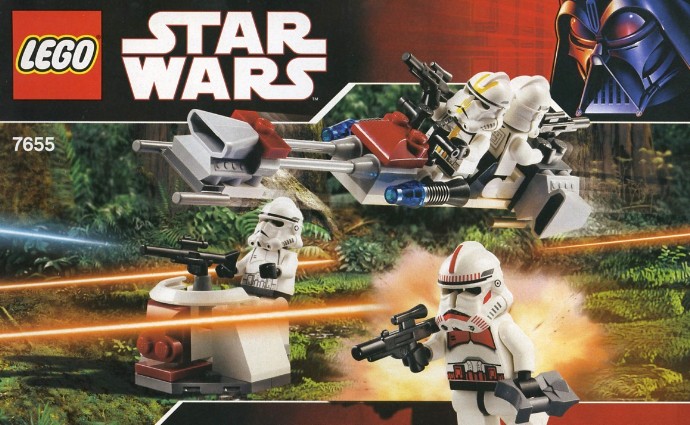 The Clone Wars are on! When the Separatists attack, the Republic fights back with its legions of Clone Troopers. Build your army with an assortment of battle-ready troopers, complete with a blaster turret and speeder bike! Set includes Shock Trooper, Star Corps Trooper and 2 Clone Trooper minifigures. Build your own army and stage a battle against the #7654 Droids Battle Pack!