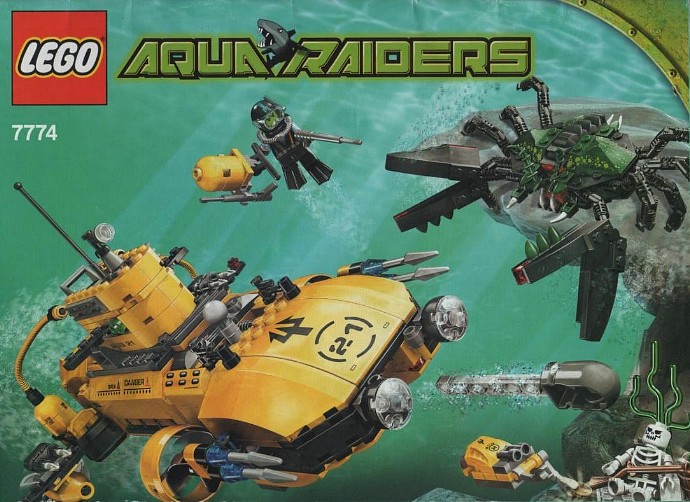 Here comes the biggest Aqua Raiders submarine of all! Equipped for undersea adventures with cannons, harpoons, a detachable mini-sub and a launching aqua-missile, this aquatic explorer is the king of the depths…at least until it encounters the giant monster crab! Now it’s a fight to the finish between submarine and savage sea beast. Better hope the crew doesn’t end up like that old pirate skeleton and his treasure! Includes 2 diver minifigures and skeleton! Sub measures 10.5″ (26 cm) long! Press to fire the sub’s undersea launcher! Open the sub’s hatch to take a seat at the controls! Launch the mini-sub! Giant crab has legs and claws that really move! Crab measures a huge 6.5″ (16.5 cm) wide! Skeleton guards his sunken treasure!

Be the first to review “Crab Crusher” Cancel reply