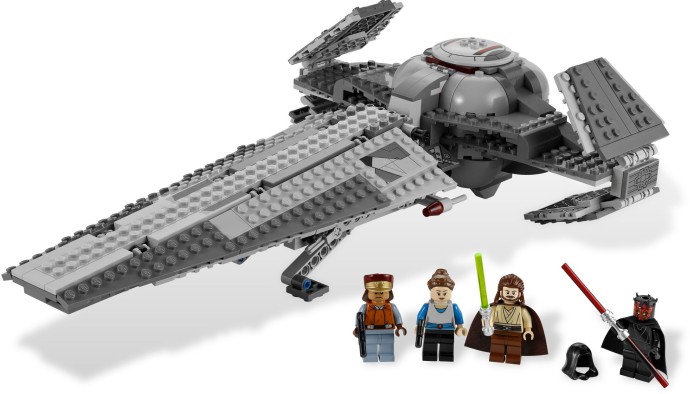 Track down Queen Amidala™ in the Darth Maul’s Sith Infiltrator™!

Darth Maul is flying across Tatooine in his stealthy Sith Infiltrator, straight towards Captain Panaka and Jedi Master Qui-Gon Jinn! Don’t let him defeat Queen Amidala’s protectors! Defend the Queen at all costs! When the Sith Infiltrator makes a landing, open the hatches, fold the wings, deploy the landing gear and prepare for battle! Will Captain Panaka’s blaster and Jedi Master Qui-Gon Jinn’s lightsaber be enough to fend off Darth Maul on his detachable Sith speeder? You decide!