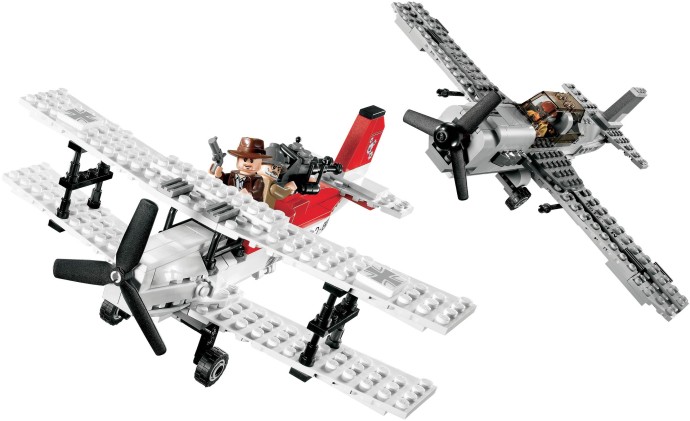 Escaping from a zeppelin in a stolen biplane, Indy and his father are pursued through the air by an enemy fighter plane. Professor Jones accidentally shoots off their own tailfin and causes a crash landing, but some clever maneuvers help them knock off both of the fighter plane’s wings! Includes 2 planes with flick-firing missiles and Indiana Jones, Professor Henry Jones, Sr. and Fighter Pilot figures. Includes 3 minifigures: Indiana Jones, Professor Henry Jones Sr. and fighter plane pilot Each airplane equipped with flick missiles! Fighter plane has wings that detach and biplane has a break-off tailfin! Biplane measures 8.5″ (22cm) long with a 9″ (23cm) wingspan Fighter plane measures 10.5″ (27cm) long and has a 11.5″ (29cm) wingspan

Be the first to review “Fighter Plane Attack” Cancel reply