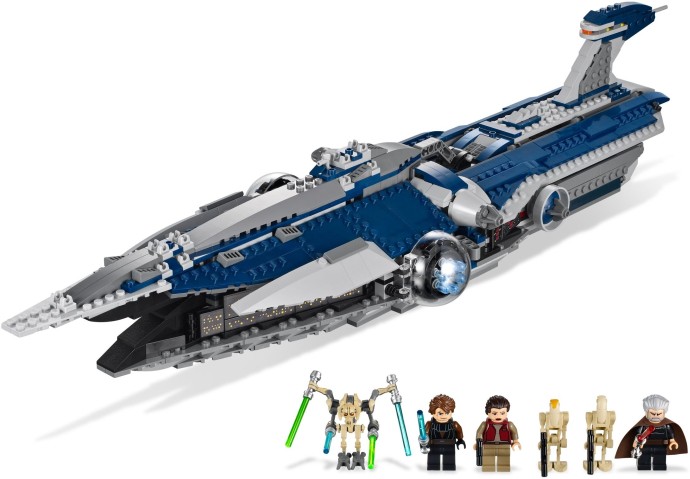 Engage the Republic with the mighty Malevolence™!

The Malevolence™ is General Grievous’ flagship and one of the Separatist military’s most feared weapons. Unbeknownst to Grievous and his crew, Anakin and Padmé have entered the giant craft in an attempt to rid the galaxy of this deadly curse. The Malevolence features a cargo bay with transport train, detailed interior with removable/opening sections for easy access and twin quick-fire missile launchers. Includes 6 minifigures: Anakin Skywalker, Padmé Amidala, General Grievous, Count Dooku, Battle Droid Commander and Battle Droid.

Be the first to review “Malevolence” Cancel reply