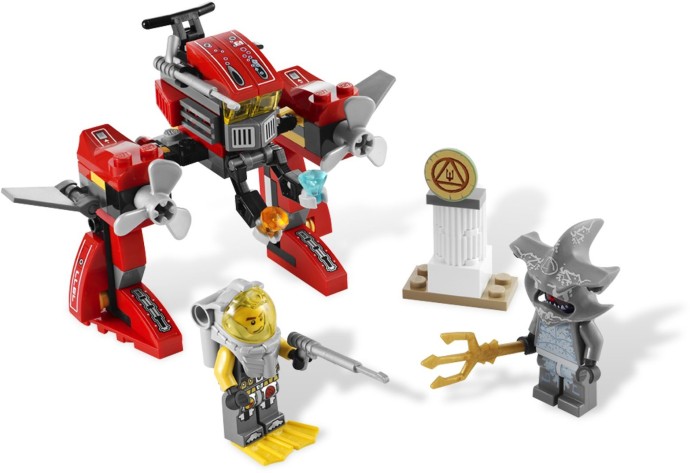 Defeat the evil Hammerhead Guardian to claim the treasure!

Walking through the ruins of the lost city of Atlantis on his powerful Seabed Strider, valiant diver Axel Storm discovers the precious golden shield. He transforms his craft into a sleek submarine to return the treasure to the surface, but can he first defeat the trident-carrying Hammerhead Guardian?

Be the first to review “Seabed Strider” Cancel reply