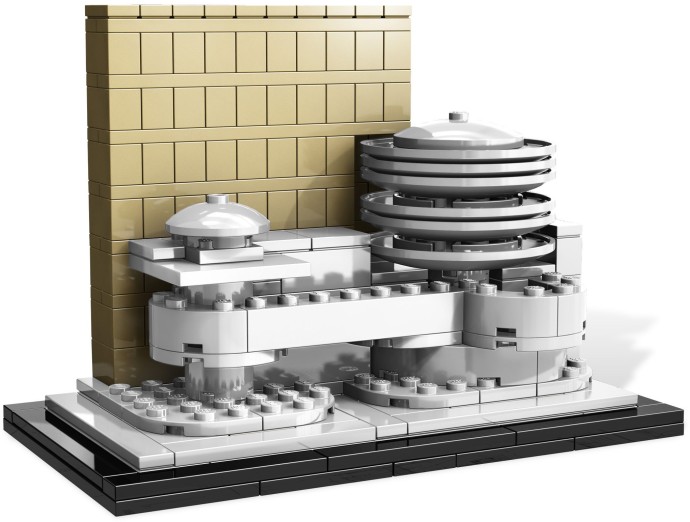 A landmark of organic architectural design!

2009 marks the 50th anniversary of one of New York City’s best-known museums, the Solomon R. Guggenheim®. Designed by Frank Lloyd Wright, one of the greatest architects of the 20th century, the museum opened just six months after he passed away. This intricately built LEGO® model, co-developed and designed by architect Adam Reed Tucker, celebrates Frank Lloyd Wright’s innovative vision and organic architectural style. The assembled Solomon R. Guggenheim museum model stands 4″ (102 mm) tall on a gray and black base with printed name label and includes a booklet with facts about the building, its construction and its history. Perfect for any New Yorker, world tourist or architecture fan!

Be the first to review “Solomon Guggenheim Museum” Cancel reply