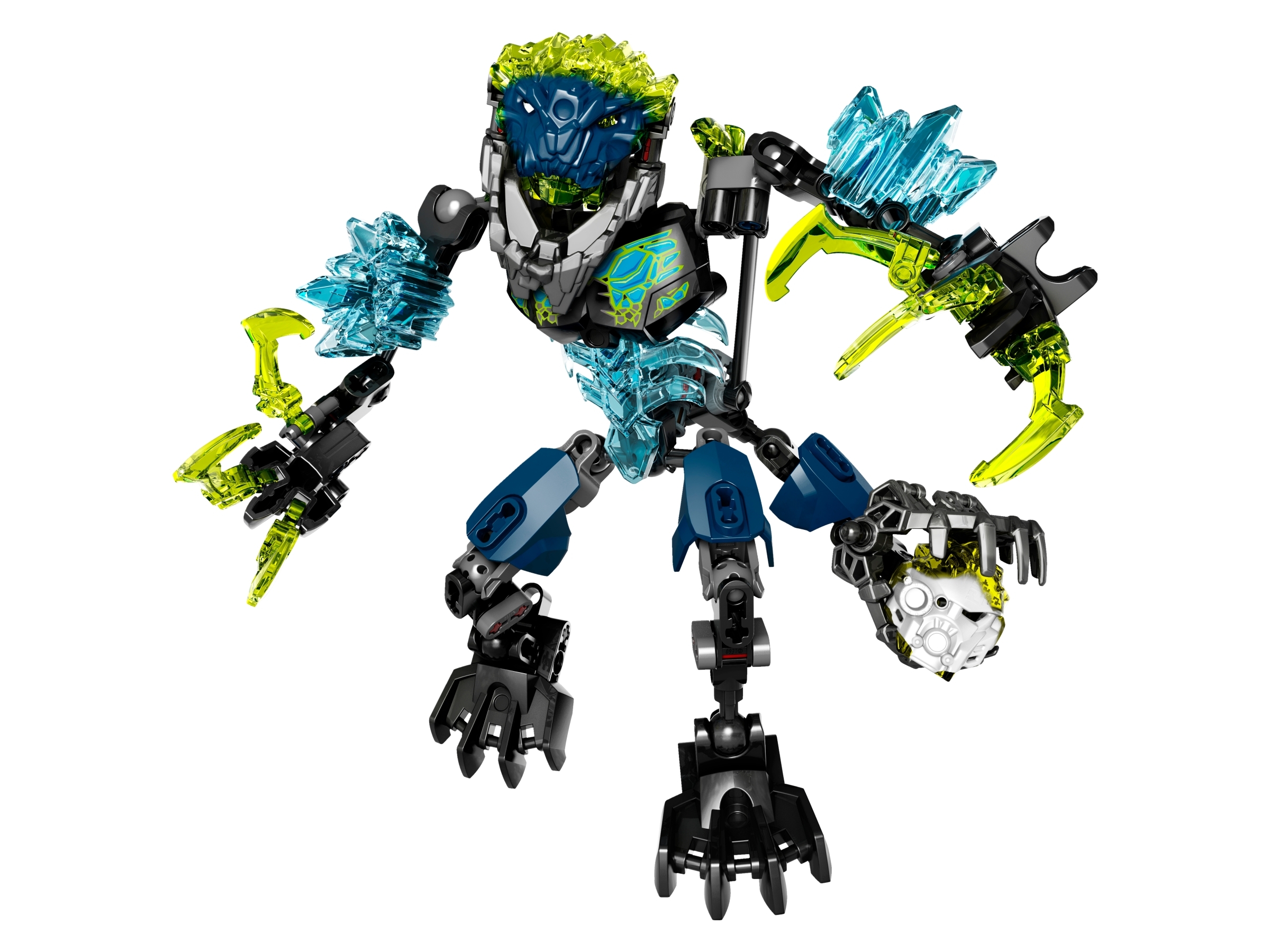 Summoned from deep beneath Okoto’s oceans, the Storm Beast can create thunderstorms at will. Kopaka the Uniter of Ice has lost his Unity Mask to the villainous creature, who can now control the elements against his enemies. Cause lightning to strike more than once! Zap any LEGO® BIONICLE® hero who approaches, or swipe at them with the mighty battle tail. Leap out of the water to take enemies by surprise, but avoid the Toas’ blows that will pop off the Storm Beast’s mask!

Be the first to review “Storm Beast” Cancel reply