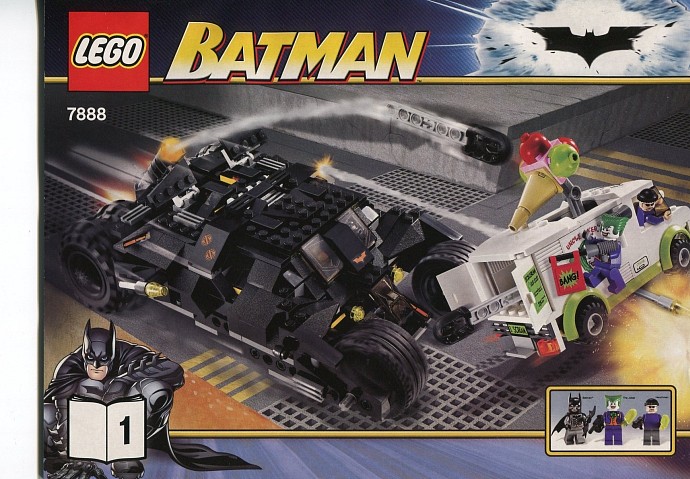 When The Joker hatches a wickedly funny scheme to sell Joker-gas ice cream to the citizens of Gotham City, it’s up to Batman to put an end to the laughing lunatic’s practical jokes — and to put The Joker behind bars once and for all! Roar into action with the Tumbler, Batman’s massive armored crime-fighting car straight from the movies. Fire the rockets, but look out — The Joker’s ice cream truck packs a missile-sized surprise of its own! Includes Batman, The Joker, and Joker’s Henchman minifigures! Open the cockpit of The Tumbler to put Batman at the controls! The Tumbler has a firing launcher and flick-fire missiles! Push down the ice cream cone on top of the truck to fire the hidden missile out of the back doors! The Tumbler measures 9″ (23cm) long and 6″ (15cm) wide! Ice cream truck measures 5″ (13cm) long and over 2″ (5cm) wide!

Be the first to review “The Tumbler: Joker’s Ice Cream Surprise” Cancel reply