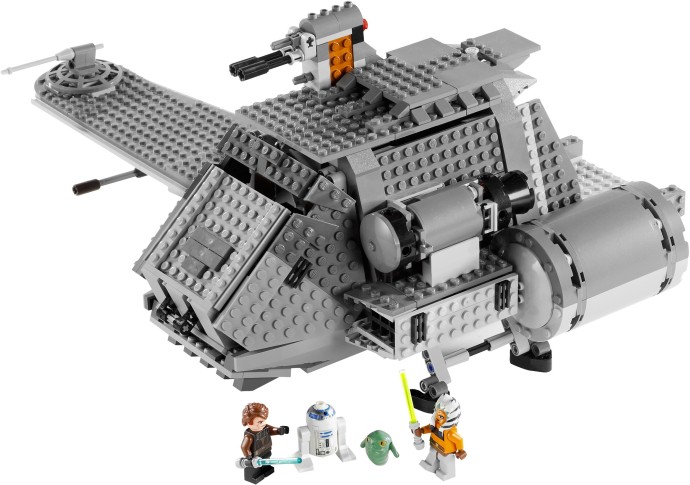 Temperamental but tough, the Twilight is Anakin Skywalker’s personal starship during the Clone Wars! He’s rebuilt and upgraded all of its systems from cockpit to cargo bay, including retractable landing gear and wings that rotate from landing to flight modes, a firing flick missile, movable laser cannon turrets, the side-mounted escape pod and a working tow-cable winch. Includes Anakin Skywalker, Ahsoka and R2-D2 minifigures, plus Rotta the Huttlet! The Twilight has moveable wings and retractable landing gear! Open the back to use the working tow-cable winch! Front and sides open! Detach the side-mounted escape pod! Rotate the laser cannon turrets on top! Measures 12″ (30cm) long and 18″ (46cm) wide!

Be the first to review “The Twilight” Cancel reply