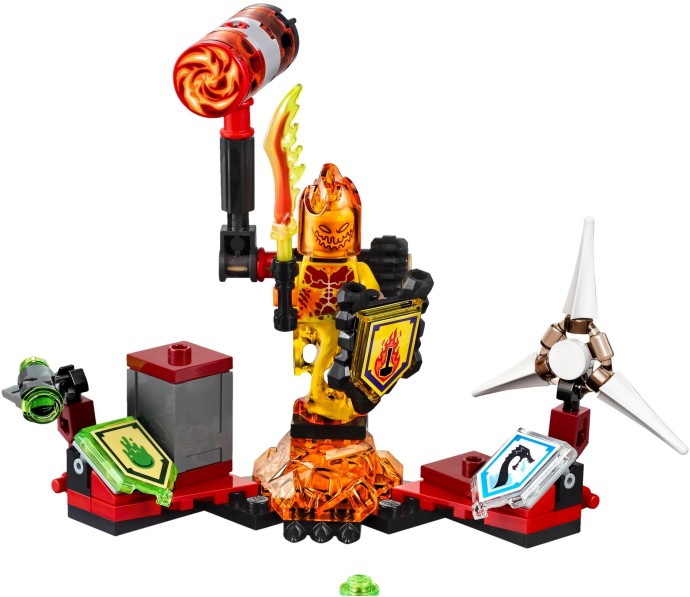 Hammer the enemy into defeat with Ultimate Flama!

There's no stopping this hot-headed monster as he swings the awesome Flame Wreck hammer—then slams it down to create a ring of fire around the enemy! Ultimate Flama is full of tricks too, with the slime stud shooter and icy water to soak the enemy. Upgrade your battle skills by scanning shields to obtain 3 NEXO Powers for your digital collection of unique abilities to outsmart your enemies in the free LEGO® NEXO KNIGHTS™: MERLOK 2.0 app. Scan for 3 NEXO Powers: Flame Wreck, Slime Blast and Ice Dragon.

Be the first to review “Ultimate Flama” Cancel reply