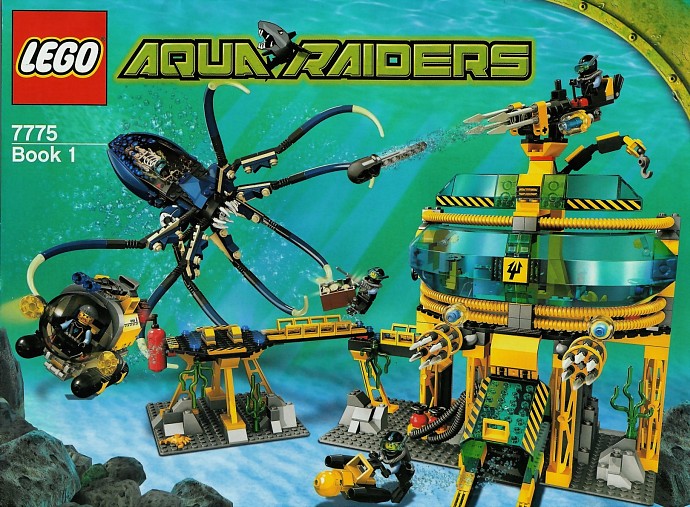 Constructed on the sea bed deep beneath the waves, the hi-tech Aqua Raiders headquarters has a vehicle dock, a control station and crane arm, a mini-sub launching ramp, and an exploration pod for deep-sea missions. Good thing it’s protected by plenty of harpoon cannons and a firing aqua-rocket, because a giant squid is on the attack! With posable tentacles and a skeleton in its transparent belly, this sea monster will be tough for the Aquabase crew to beat. Includes 4 diver minifigures and skeleton! Giant squid’s tentacles open and close! Man the harpoon turret and press to fire the launcher! Deploy the mini-sub from the launching ramp! Take the exploration pod for an undersea mission! Have a cup of coffee at the control panel!

Be the first to review “Aquabase Invasion” Cancel reply