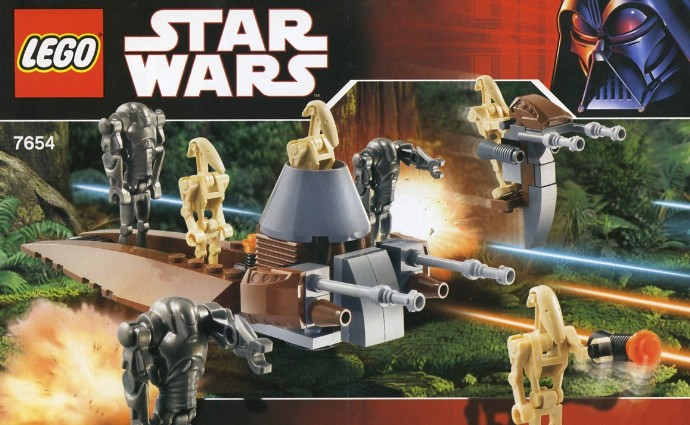 The Trade Federation is on the march! Send your Separatist forces into battle against the Republic with a droid transport carrier and ‘hovering’ STAP vehicle, complete with a full squad of armed and combat-ready battle droids. Set includes 4 Battle Droid and 3 Super Battle Droid minifigures! Build your own army and stage a battle against the #7655 Clone Troopers Battle Pack!

Be the first to review “Droids Battle Pack” Cancel reply