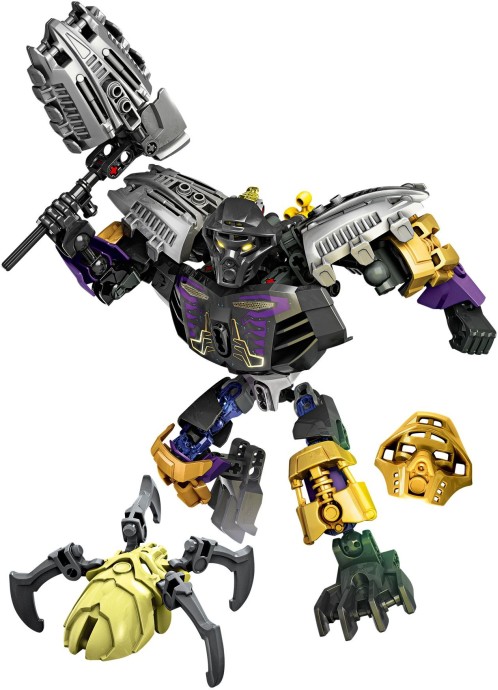 Dig deep with Onua – Master of Earth to claim the mystical Golden Mask! This durable, highly posable figure with 4 golden BIONICLE® shells and bashing battle arm is fully geared up for underground combat against the Skull Spider. Burrow underground with the turbo shovelers while evading the evil Skull Spider’s efforts to pop off Onua’s mask. Then convert his turbo shovelers into a massive earthquake hammer, the only tool powerful enough to break through to the Golden Mask.

Be the first to review “Onua – Master of Earth” Cancel reply