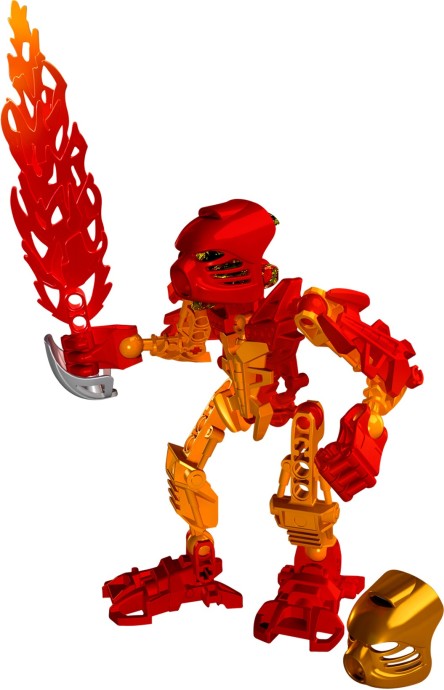 Transformed by the power of the Mask of Life, Tahu must embark on a dangerous quest — find the pieces of golden armor that will enable him to defeat the forces of evil Makuta! The Toa of Fire uses his elemental powers and Mask of Shielding to aid him in his fight. Includes one of six golden armor pieces. Tahu, a LEGO® BIONICLE® hero, is equipped with a fire sword and Mask of Shielding! Classic Kanohi Hau mask also included! Build a golden LEGO BIONICLE! Collect all 6: 7116 Tahu, 7117 Gresh, 7135 Takanuva, 7136 Skrall, 7137 Piraka and 7138 Rahkshi!

Be the first to review “Tahu” Cancel reply