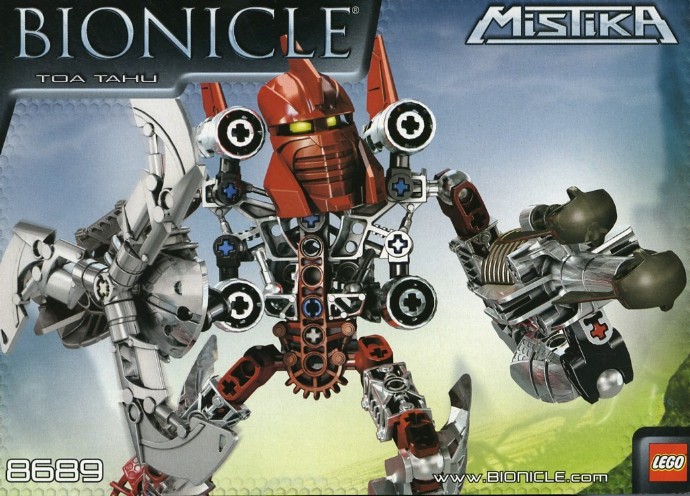 Toa Tahu moves fast and strikes hard in the swamp of Karda Nui! He’s got four powerful jet rockets for speed, plus a Nynrah ghost blaster, rotating blade, and Mask of Shielding for combat. He’s ready to lead his team to victory over the Brotherhood of Makuta! Combine with 8945 Solek for more power in battle! Toa Tahu has 4 jet rockets, spinning blades and a firing Nynrah ghost blaster! Stands 7″ (18cm) tall!

Be the first to review “Toa Tahu” Cancel reply