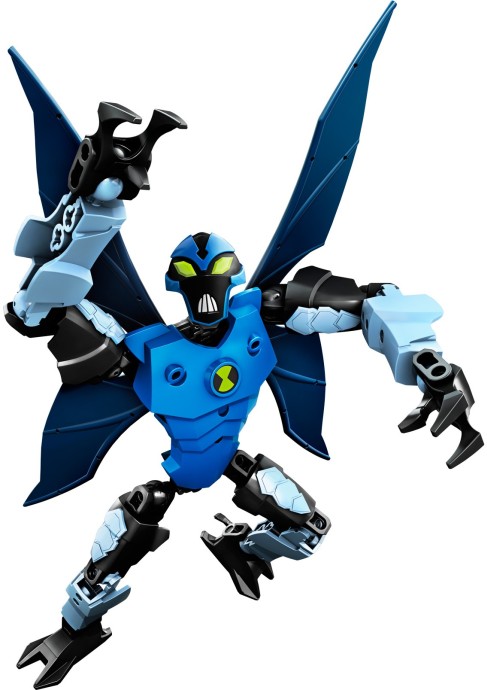 It’s hero time! When he transforms into the ghost-like Big Chill, Ben gains the ability to pass through solid objects, turn invisible and drop the temperature around him to near absolute zero. No bad guys can escape this cool and creepy alien hero! Features glow-in-the-dark eyes and Omnitrix chest symbol. Collect all 6 LEGO Ben 10 Alien Force sets and combine them to create your own super alien heroes! Features an omnitrix chest symbol and glow-in-the-dark eyes Measures over 8″ (22cm) tall Collect all 6 LEGO Ben 10 Alien Force sets!

Be the first to review “Big Chill” Cancel reply