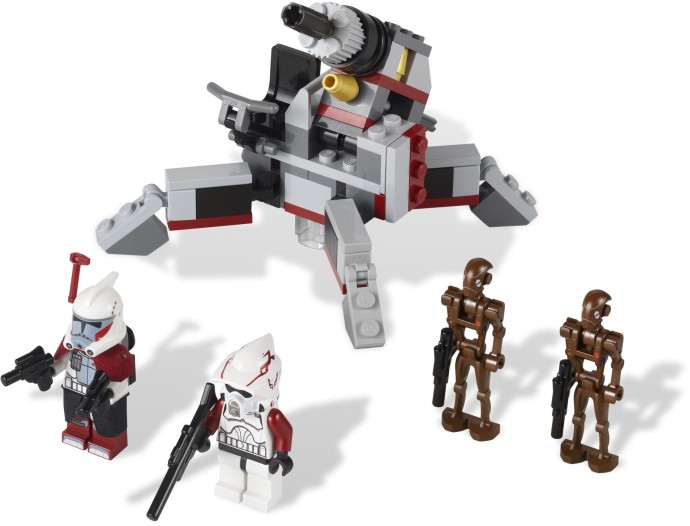 Bombard the Separatist forces with the Republic artillery cannon!

The Separatists have sent a new droid enemy to attack the forces of the Republic, but the clone army’s elite troopers have a new weapon of their own: the powerful Republic artillery cannon! With elevating turret and flick missile, those clankers will be running for cover! Includes 4 minifigures: ARC trooper, ARF trooper and 2 new enemy Commando Droids.