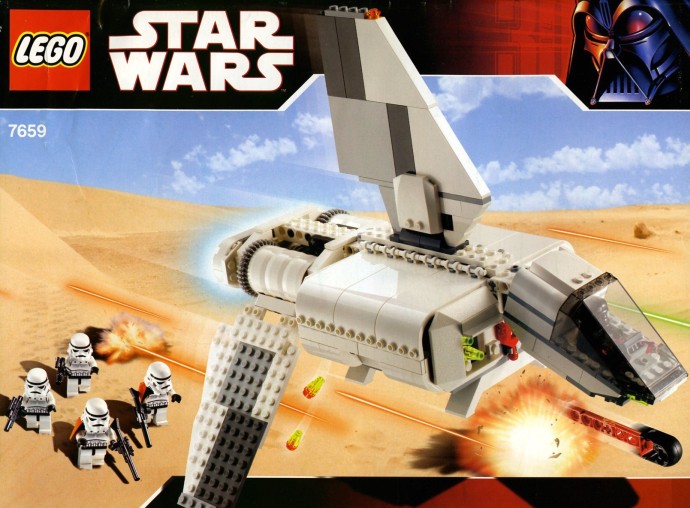 Battle the forces of the Rebellion wherever they hide! Equipped with twin blaster cannons, ‘bombs,’ a troop compartment and firing rockets, the Imperial Landing Craft is ready to deploy your forces anywhere in the galaxy. Gear system lets wings fold up together at the twist of a dial! Includes Imperial pilot, 2 Sandtrooper and 2 Stormtrooper minifigures with blasters.

Be the first to review “Imperial Landing Craft” Cancel reply