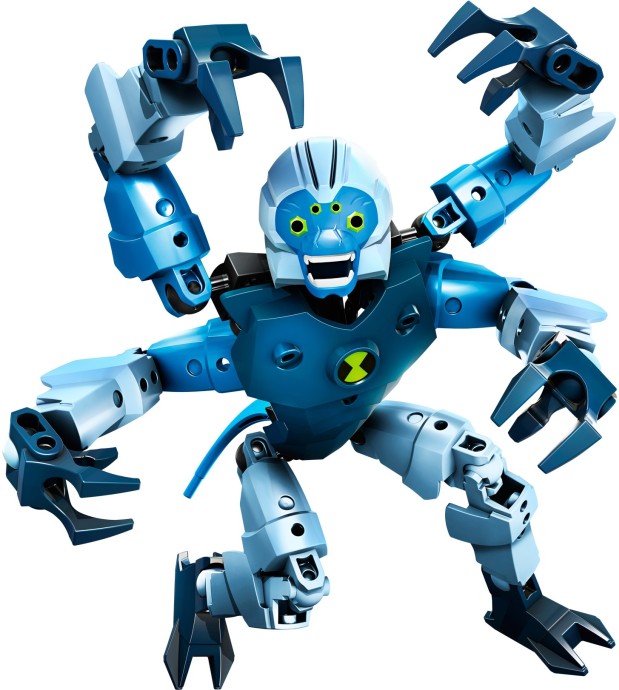 It’s hero time! With the power to stick to walls and spin giant webs as strong as steel, the quick and agile Spidermonkey is one of Ben’s wildest alien hero forms. With his four poseable arms and glow-in-the-dark eyes and Omnitrix chest symbol, he’s sure to get into plenty of mischief while saving the day. Collect all 6 LEGO Ben 10 Alien Force sets and combine them to create your own super alien heroes! Omnitrix symbol on chest! Measures over 8″ (22cm) tall Collect all 6 members of the LEGO Ben 10 Alien Force!

Be the first to review “Spidermonkey” Cancel reply