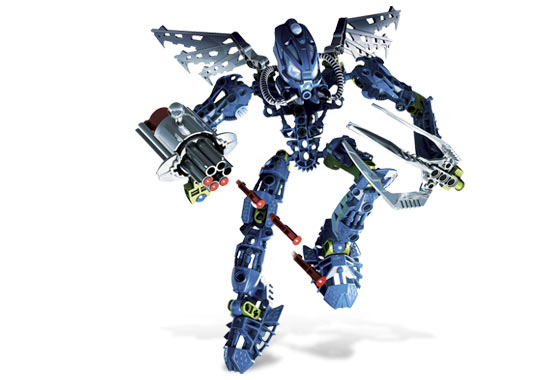 The Toa Mahri of Water is in her element in the depths of the ocean! Her six wing-like fins let her swim faster than anything underwater and her Mask of Kindred lets her mimic the powers of other sea creatures. Carrying a Cordak blaster and protosteel talons, Hahli is the true power in the sea. Hahli stands over 7″ (18 cm) tall! Armed with Cordak blaster that really fires!

Be the first to review “Toa Hahli” Cancel reply