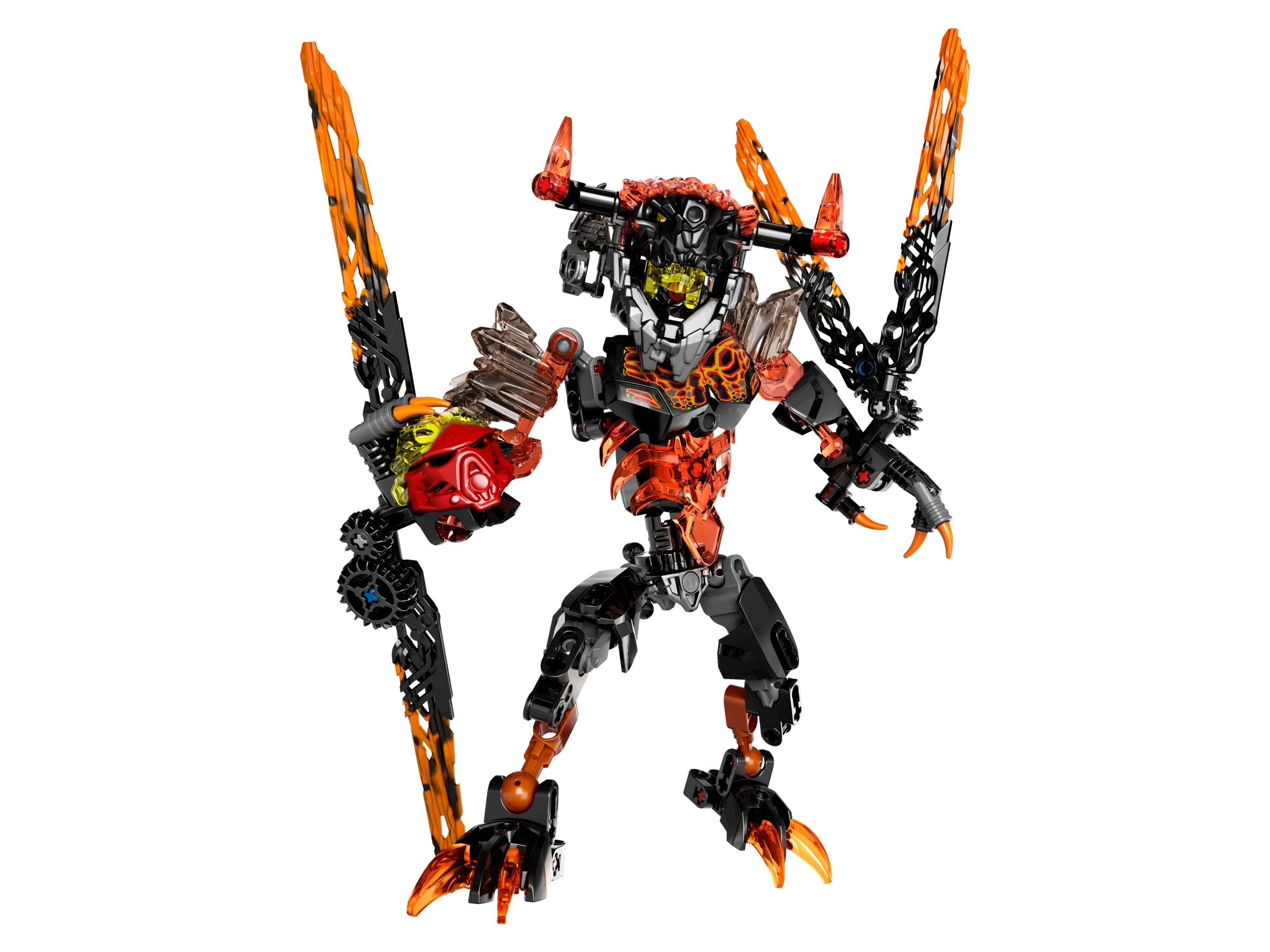 Fly the Lava Beast into battle and fight with fire!

The Lava Beast has been summoned from the dark depths of the island of Okoto to help Umarak the Destroyer fight the Toa. Tahu Uniter of Fire has lost his Unity Mask to the monstrous creature, who can now control fire and use it against his enemies. Launch aerial attacks on the LEGO® BIONICLE® heroes using the lava crystal wings, swipe at them with the slicing lava blades, but dodge their blows that can pop-off his mask!

Be the first to review “Lava Beast” Cancel reply