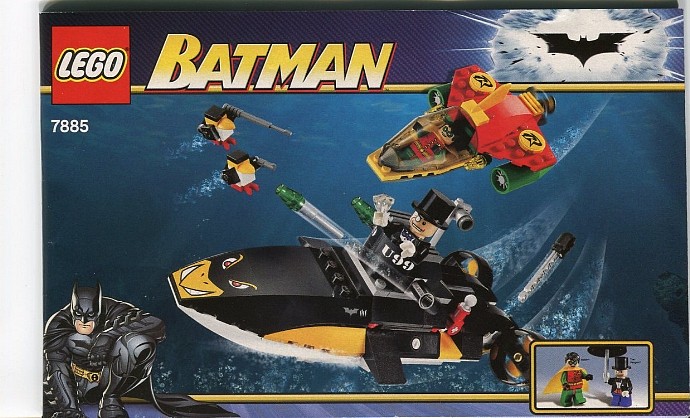 It’s an underwater race to get the missing crystal! The Penguin’s missile-firing sub is making waves, but Robin is on the way in his crime-fighting scuba jet! Can The Boy Wonder defeat the fowl fiend and his Penguin partners-in-crime? It’ll take all of Robin’s speed and skill to win this battle! Includes Robin and The Penguin minifigures, plus 2 Pinguins! The Penguin’s submarine features flick-fire missiles and a firing rocket! Lift the roof off the submarine to put The Penguin at the controls! Robin’s red, yellow and green scuba jet measures 5″ (13cm) long! The Penguin’s submarine measures 8″ (20cm) long!

Be the first to review “Robin’s Scuba Jet: Attack of The Penguin” Cancel reply